This book provides an update on paediatric neurological disorders with cerebellar involvement.

The opening section of the volume is dedicated to the structure and function of cerebellum: the specific development of this organ, unlike other structures of the central nervous system, begins at a later stage of foetal development and lasts longer, even after birth, thus making the cerebellum particularly vulnerable to a wide range of insults, both genetic and acquired.

Of particular interest are chapters that focus on cerebellar disorders which may occur in isolation, or else as part of more complex malformations of the posterior fossa or in association with other supratentorial anomalies. Such conditions may be encountered both as part of 'static' congenital encephalopathies as well as in the frame of neurodegenerative or neurometabolic disorders.

Besides, the recent advances in neuroimaging and genetics allow to better characterize and define the genetic basis of an increasing number of such conditions.

The last part of the volume is dedicated to care and rehabilitation in cerebellar diseases: their correct diagnosis is pivotal in order to address patients to the appropriate genetic testing, plan clinical management and therapeutic strategies, and provide adequate counselling. 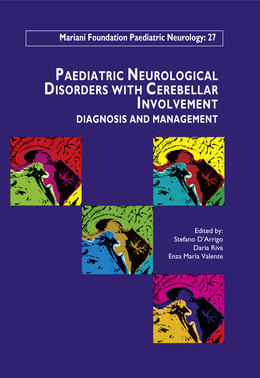